After all, there’s a reason women are more likely to develop Alzheimer’s disease.

Two-thirds of the 6.5 million Americans currently living with the brain disease are women. 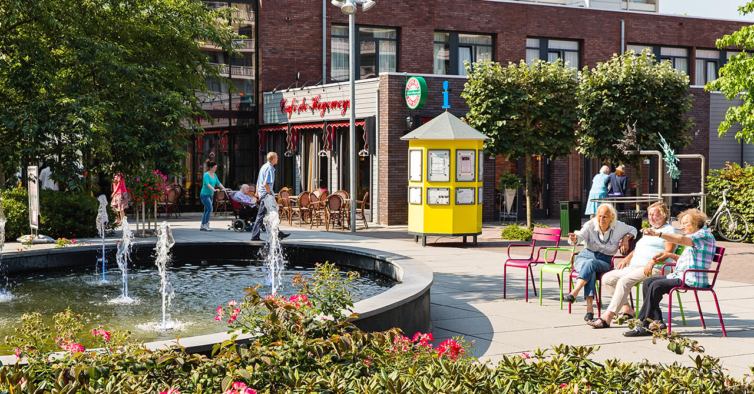 More women are diagnosed with Alzheimer’s disease than men – and now we know why. Two groups of researchers have discovered that there is a link between a gene called MGMT and an increased risk of contracting the disease in women.

The gene in question – O6-methylguanine-DNA (DNA) methyltransferase, known as MGMT – plays an important role in how the body develops DNA repair mechanisms in both men and women. However, the researchers did not find an association between MGMT and a diagnosis of Alzheimer’s disease in men.

According to data from the Alzheimer’s Association (USA), two-thirds of the 6.5 million Americans currently living with the disease are women, a trend visible all over the world.

a new study published June 30 in the journal “Alzheimer’s Disease & Dementia: The Journal of the Alzheimer’s Association” concluded that women, due to unique genetic risk factors – such as the mating of two genes and the sudden reduction in estrogen during transition to menopause – may have a more direct and rapid risk of contracting the disease. Among men, this transition is more gradual, which may explain the disparity in numbers.

The discovery of the existence of the MGMT gene was made by two separate groups of researchers. A University of Chicago team discovered it by analyzing the genetic makeup of a small group of Hutterite (Anabaptist) women living in rural communities in Montana and South Dakota. On average, fifteen families live and work in a typical Hutterite colony, where they farm, raise livestock, and hand-produce everything they need to survive. As a closed religious community whose members intermarry and maintain extensive genealogical records, they constitute an excellent population for genetic research.

In turn, the Boston University School of Medicine was studying the relationship of a specific gene and its relation to disease when they realized the importance of the role of MGMT. Lindsay Farrer, head of the faculty of biomedical genetics, explained the significance of the results: “This is a finding that specifically concerns women – perhaps one of the strongest associations with a genetic risk factor that indicates, in women, the possibility of contracting Alzheimer’s disease”.

Two studies, the same gene and the same disease

When the opportunity arose to establish this new link between the disease and the MGMT gene, Ober contacted Farrer to see if he could help confirm his discovery.

“I told him that we found the exact same gene in our research,” Farrer confirmed. “Two different studies, which started independently of each other, found, by chance, the same gene.”

The researchers compared the results with male brain tissue obtained at autopsy and found no association between this gene and Alzheimer’s disease in men.

When they looked at the MGMT gene via epigenetics – that is, what happens when a gene is turned on or off due to certain behaviors and environmental factors – the researchers found that its expression in women was significantly associated with the development of amyloid beta and tau, two hallmark proteins of Alzheimer’s disease.

The link between the MGMT gene and amyloid plaques and tau tangles was “most pronounced in women lacking the APOE ε4 gene”, they added.

Considered an essential protein, one of the main functions of the APOE gene is to “move cholesterol around the body”. Without it, the body can be compromised,” explains the Boston researcher. And to continue:There are many pathways that lead to Alzheimer’s disease. It can come from lipids or cholesterol, whose links with Alzheimer’s disease are now well established.and APOE ε4 is one of them”.

“And there is also the inflammatory pathway, which is common to all chronic diseases. With MGMT we may be faced with an additional pathway in which somehow the DNA repair mechanism takes place. Or maybe the gene participates in one of these other disease-promoting pathways and no one knows how yet,” Farrer added.

Experts say women at risk should be told by their doctor what to do. Options may include blood pressure, cholesterol, and blood sugar monitoring in healthy groups. And, at the same time, “consider the use of hormone replacement therapy when indicated, and adhere to a healthy lifestyle, which includes regular exercise habits, a healthy balanced diet, proper sleep adequate and stress reduction techniques,” they conclude.