as had been confirmed since mid-January of this yearDisney has closed four of its closed channels: Disney XD, Disney Jr, Nat Geo Kids and Nat Geo Wild.

With this decision, pay TV operators decided to adjust the programming schedule after the new absences. Claro TV — in NET, Box, DTH and Fibra modalities — was the only one not to include new channels instead.

Oi TV — in DTH and Fiber — chose to put four channels on the schedule: Smithsonian Channel, Zoomoo Kids, Sabor & Arte and TBC — Trip Brasil Channel. SKY also added the first and third, but opted for MTC 00 and MTV Live to complete the quartet.

Vivo, on the other hand, has taken different paths in its operations. The fiber optic plan and app – through Vivo Play – only included Dreamworks Channel, Zoomoo Kids and Box Kids TV. In the case of DTH bouquets, there was also the arrival of Eurochannel HD.

Disney’s decision to discontinue these closed channels was driven by the strategy to invest more in its streaming platforms, such as Disney Plus and Star Plus. Remember that Star Life, another group channel, will be renamed Cinecanal.

What is your assessment of the closure of these pay channels? Interact with us!

It’s not news that Disney is betting big on its streaming services, Disney+ and Star Plus. However, the company will now wind down part of its pay-TV operations in Latin America. The information comes from the TAVI Latam website.

According to the publication, the North American conglomerate will close the Disney XD, Nat Geo Kids, Nat Geo Wild, FXM and Star Life channels until the end of March 2022. The decision would also apply to the respective signals in Brazil, with few changes. . compared to the rest of the region. 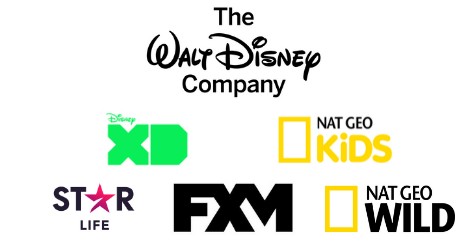 For the national market, the discontinuity would also apply to Disney Junior. Star Life, instead of disappearing completely, would be renamed Cinecanal. In the case of FXM, there is no presence in the country. Therefore, it is unclear whether the end would come for the FX sibling.

“To adapt to the new context resulting from the convergence of the activities that the company operates, and to be more agile to respond to the changing landscape and better position itself for the future, the company has taken the decision to close the Disney XD, Nat Geo Kids, Nat Geo Wild, FXM and Star Life.

The information would have gained momentum on social networks on January 10, after notifications sent by Disney to operators. However, till then there was no confirmation from the media company. The company has also completed that part of the content can be seen in other linear proposals of the group.

TudoCelular has contacted Disney Brasil Advisory to request a position on the information. So far there has been no response. If necessary, this space will be updated.

So, what did you think of the end of these Disney channels for the next few months? Comment with us!