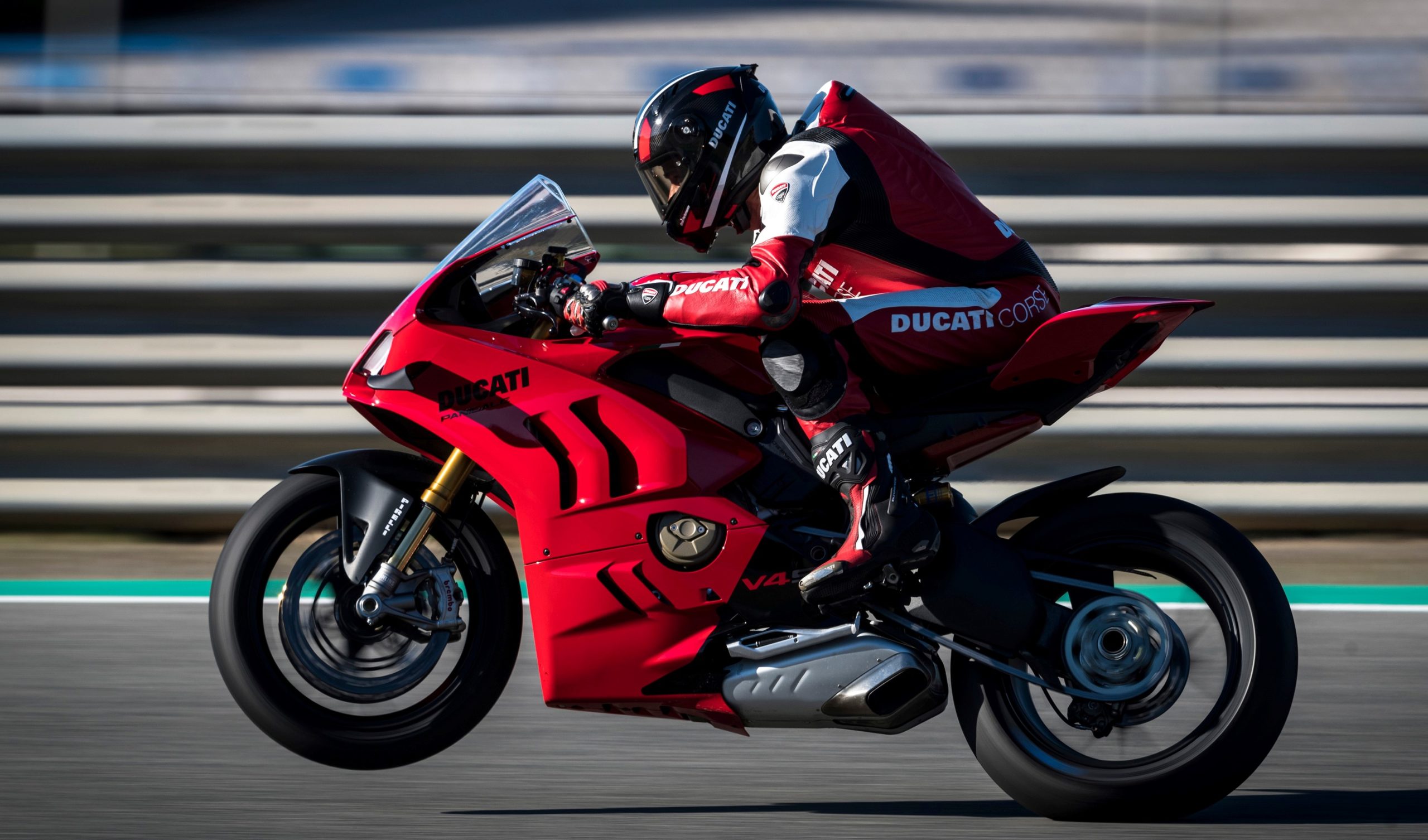 Ducati continues the evolution of the Panigale V4 with the introduction of a series of electronic updates. The new EBC EVO 2 software, improved Quick Shift and improvements to traction control and Ride by Wire make the Panigale V4 2023 an even more special sports car.

At Ducati, the Panigale range is the ultimate expression of the continuous sharing of information and technology from the world of racing to production motorcycles, and with the 2023 version of the Panigale V4, the improvements continue.

With the 2022 model, the Panigale V4 has seen the most significant evolution since the year of its launch, with improvements that have affected all aspects of the bike: aerodynamics, ergonomics, engine, chassis and electronics. In next year’s versions of the Panigale V4, Panigale V4 S and Panigale V4 SP2, the step forward comes in the form of the adoption of an updated electronic package, capable of increasing driving sensations. and track performance.

Electronic aids for performance and comfort

To improve stability, precision and directionality when braking and cornering, and to allow the rider to more precisely define the best electronic settings at each circuit, the Panigale V4 2023 receives new software, Engine Brake Control (EBC) EVO 2 which has a different shift-calibration per shift at each of the three selectable levels. The new strategy has been developed to optimize the intensity of engine braking according to the load on the rear wheel. In the first phase of braking, when there is little load on the rear tyre, the EBC EVO 2 provides less engine braking, which increases as one approaches the center of the curve: the moment when the intervention of the engine brake contributes the most to reducing the speed of the motorcycle and closing the trajectory.

Thanks to this strategy, which ensures a more balanced intervention of the engine brake control at any stage of driving, the system reduces rear wheel lockup in the most demanding braking situations, thus improving stability and the precision of turns.

The electronic gearbox assistance of the Panigale V4 2023 also receives the new Ducati Quick Shift (DQS), with the stated aim of improving the fluidity of gear changes at each degree of throttle opening, both partially and completely, treating the two different situations differently. . When switching from a gearbox to half throttle, where the system previously cut off the injection, the effect is now obtained by delaying the ignition time, thus smoothing the gearbox in road use thanks to the absence of any engine failure.

On the other hand, when changing gears with the throttle wide open, a typical situation on the track, the Quick Shift continues to use an injection cut-off, but the torque restoration phase has been refined, guaranteeing more stability to the bike. and a more homogeneous, and therefore more efficient, acceleration phase.

The cooling fan has also been modified, to offer better management of operating temperatures and greater thermal comfort for the driver at speeds typical of road use. This latest update, in addition to avoiding the discomfort of receiving hot air on the body on the hottest days, also reduces heat build-up at the end of track sessions.

Rounding out updates for 2023 are traction control (DTC) and Ride by Wire refinements. The first element has evolved to make the action of the traction control even more precise according to the angle of inclination, while the second improves the link between the torque requested by the driver and the torque actually delivered.

The Panigale V4 will be the protagonist, together with the Panigale V2, of the “Lenovo Race of Champions”, which will take place on July 23 (Saturday) as part of World Ducati Week 2022. To access the entire WDW program, just visit the dedicated page of the site HERE.