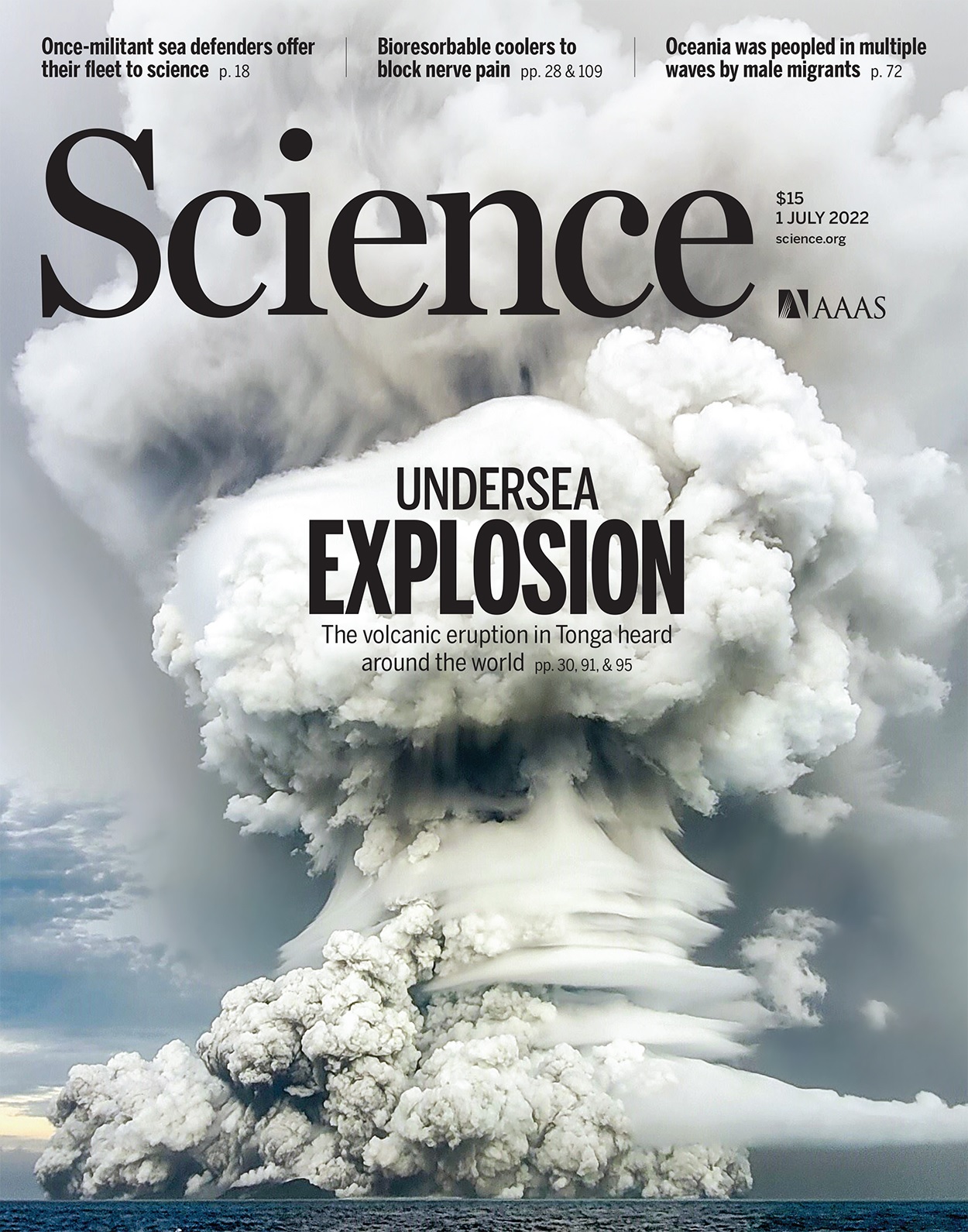 A number of studies are published by scientists on Huge January 15 eruption Hunga-Tonga Hunga-Ha’apai this year. Even in March study had shown how the tsunami generated by the volcanic event had spread across the world. Now, several other studies have shed light on how the eruption was treated as a planetary event with seismic and infrasound measurements at various points around the world.

The shock waves generated by the eruption brought sudden change in atmospheric pressure from south to north of Brazil and caused small tsunami off the Brazilian coast. Material released into the atmosphere during the eruption was also responsible for change the colors of the sky in various regions of Brazil and brought pictures of spectacular evenings in the south of the country. In Argentina, a the eruption generated noctilucent clouds in Patagonia.

O latest study on the Hunga-Tonga eruption Hunga-Ha’apai is the cover of the July 1 edition of the prestigious Scientific journal. The work is signed by more than 70 scientists from various research centers. According to them, the volcano’s January 15, 2022 eruption produced an atmospheric explosion “of a size that has not been documented in modern geophysical records.” The event generated a wide range of atmospheric waves observed globally by various terrestrial and space-based instrumentation networks.

The most intense spread through four passages around the Earth in six days. Measured by wave amplitudes, “the explosion was comparable in size to the eruption of Krakatau in 1883,” the experts said. According to them, the eruption of Hunga produced remarkable infrasound (0.01 to 20 hertz and could be heard 10 thousand kilometers from the volcano with ionospheric disturbances detected on a global scale.

Seismographs around the world report, record pure and coupled air-ground seismic waves. Air-sea coupling, say the authors of the book, likely contributed to rapid onset tsunamis. “The eruption was a unusually energetic explosive event“, according to the study, the gases reaching the stratosphere. 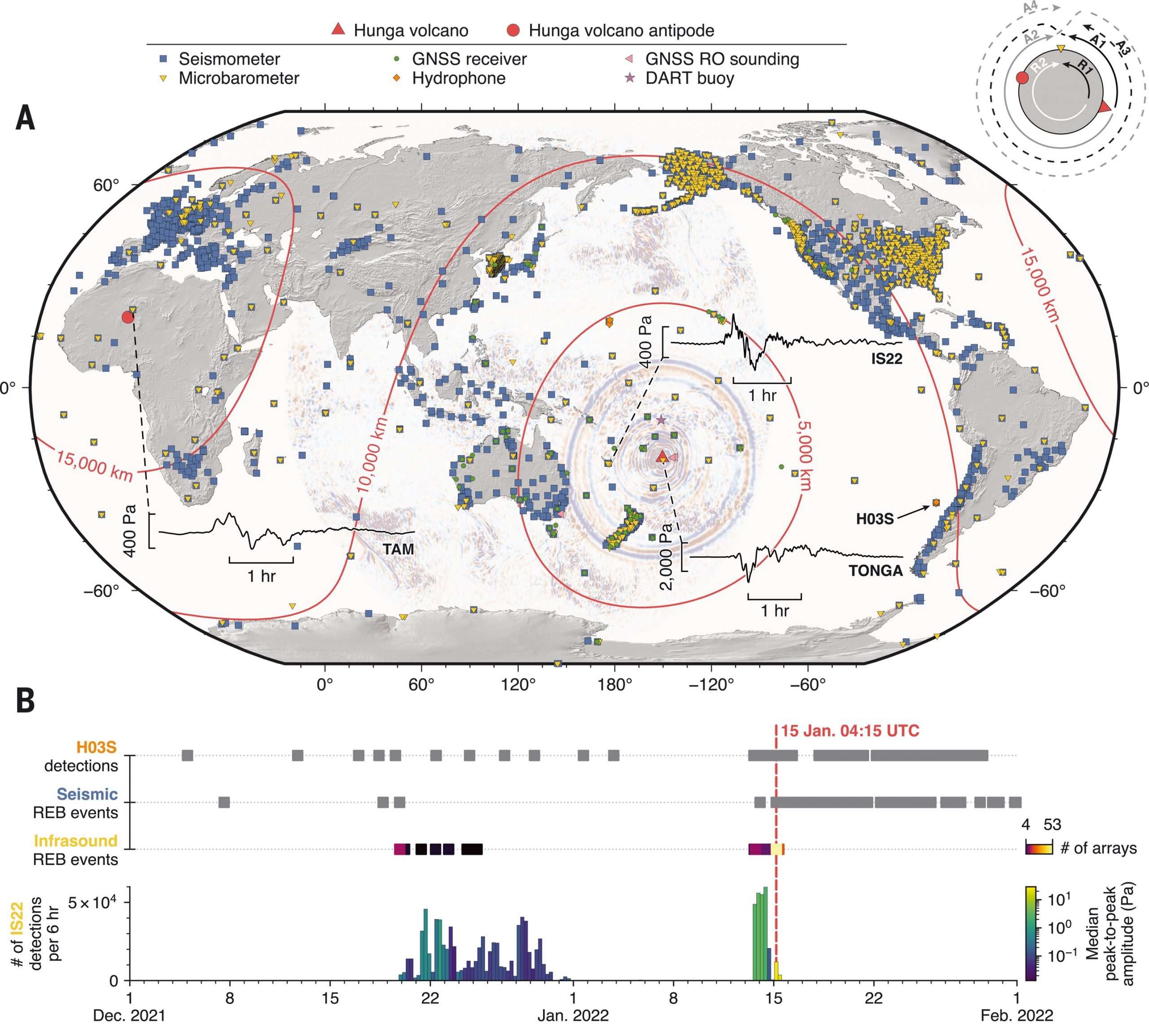 “The geophysical records of the Hunga eruption provide an unprecedented global dataset of atmospheric wave generation and propagation, providing an opportunity for multi-technology observation, modeling and validation unparalleled in modern records. The eruption offers an even more extraordinary opportunity to advance the understanding of rarely captured physical phenomena.

Very little was known about the evolution of the Hunga-Tonga Hunga-Ha’apai volcano before the January 15 eruption of this year. The first recorded observation of an eruption dates back to 1912, followed by another in 1937 and then in 1988, 2009 and 2014-15. These eruptions were all small, the largest VEI-2 on the eruption scale, but with so few events there is no good understanding of the style of activity, the Smithsonian says.

The 1988 eruption was seen by fishermen and airline pilots, then analyzed by geologists. It occurred from three shallow water vents adjacent to Hunga Ha’apai Island, but there was no island formed by the volcano. The eruption that began on March 17, 2009 had one vent at Hunga Ha’apai and another submerged about 100 meters offshore. The ejection of volcanic material filled the space between them within days, enlarging the size of the island. After just four days, the 2009 eruption was over, but it stretched the island a kilometer, leaving steaming crater lakes.

The next eruption was from December 19, 2014 to January 28, 2015. This longer period of activity was centered between the islands of Hunga Tonga and Hunga Ha-apai and built up a new island. Eventually, there was so much material that the islands were all connected.

On December 20, 2021, a new eruption produced a steam-rich gas and ash plume that rose 16 kilometers (52,500 ft) a.s.l. After almost two weeks of calm, activity resumed with a strong phreatomagmatic eruptive phase at the level of the Hunga Tonga-Hunga Haʻapai volcano. A spectacular explosion occurred, characterized by dark, dense masses of pyroclastic material. An ever larger and denser plume sent ash up to 55,000 feet (17,000 meters) a.s.l. On January 15, the volcano had its biggest explosion and was a global event with a tsunami in the Pacific Sea and a planetary shock wave that generated meteotsunamis in other oceans of the planet.